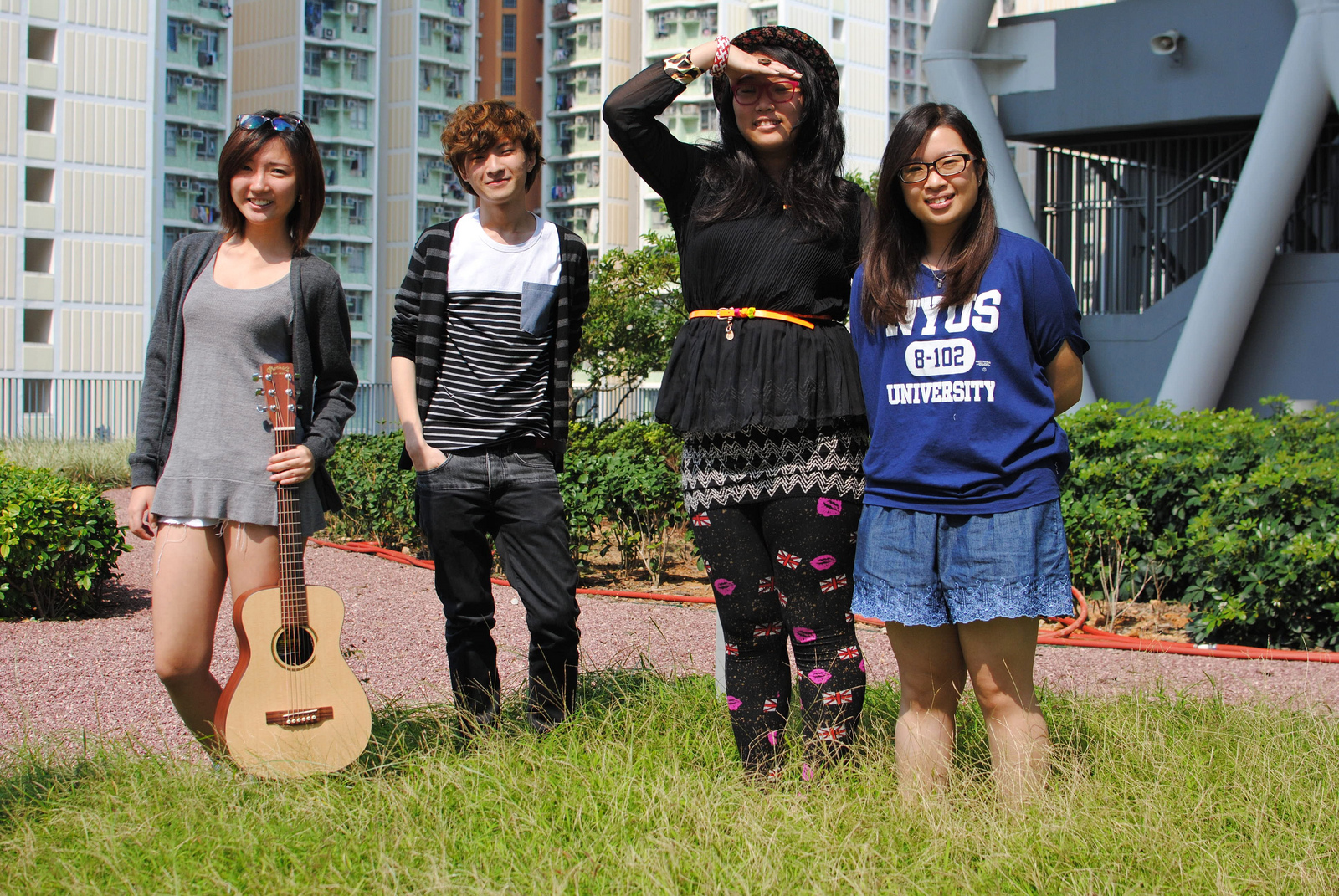 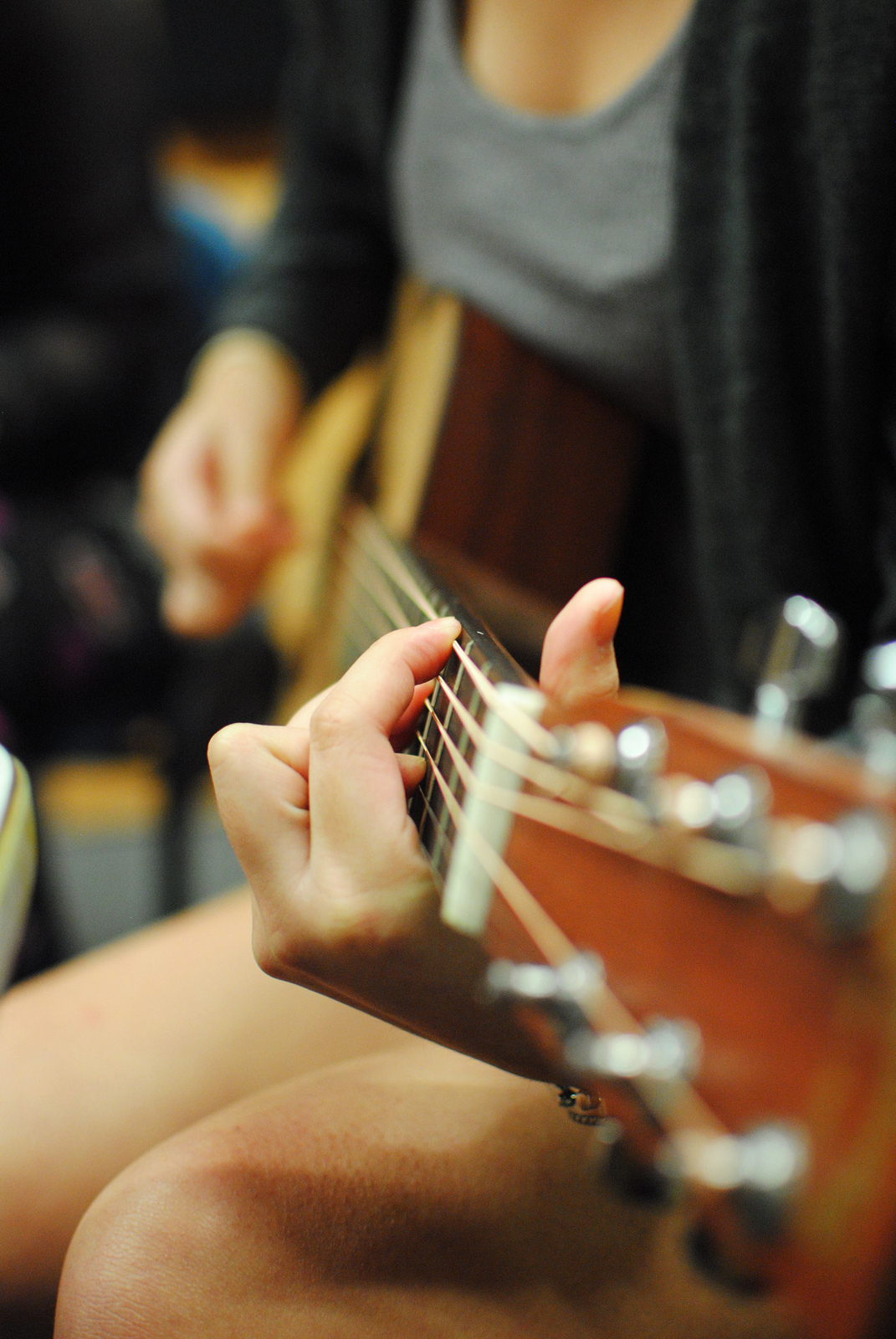 Last year saw the first large-scale musical staged by the Language Centre and other departments here at HKDI/IVE(LWL). The musical, titled “When We Were, Now We Are,” provided a platform for some of the campus’ most talented students to showcase their abilities. The musical was created by Language Centre teachers Christine Tsang, Aristophanes Ng and Laurence Li, with help from the students.

In the studio this week, four of the stars of the musical came by to talk about their experience performing on such a large stage (in English) and to play a song from the show. 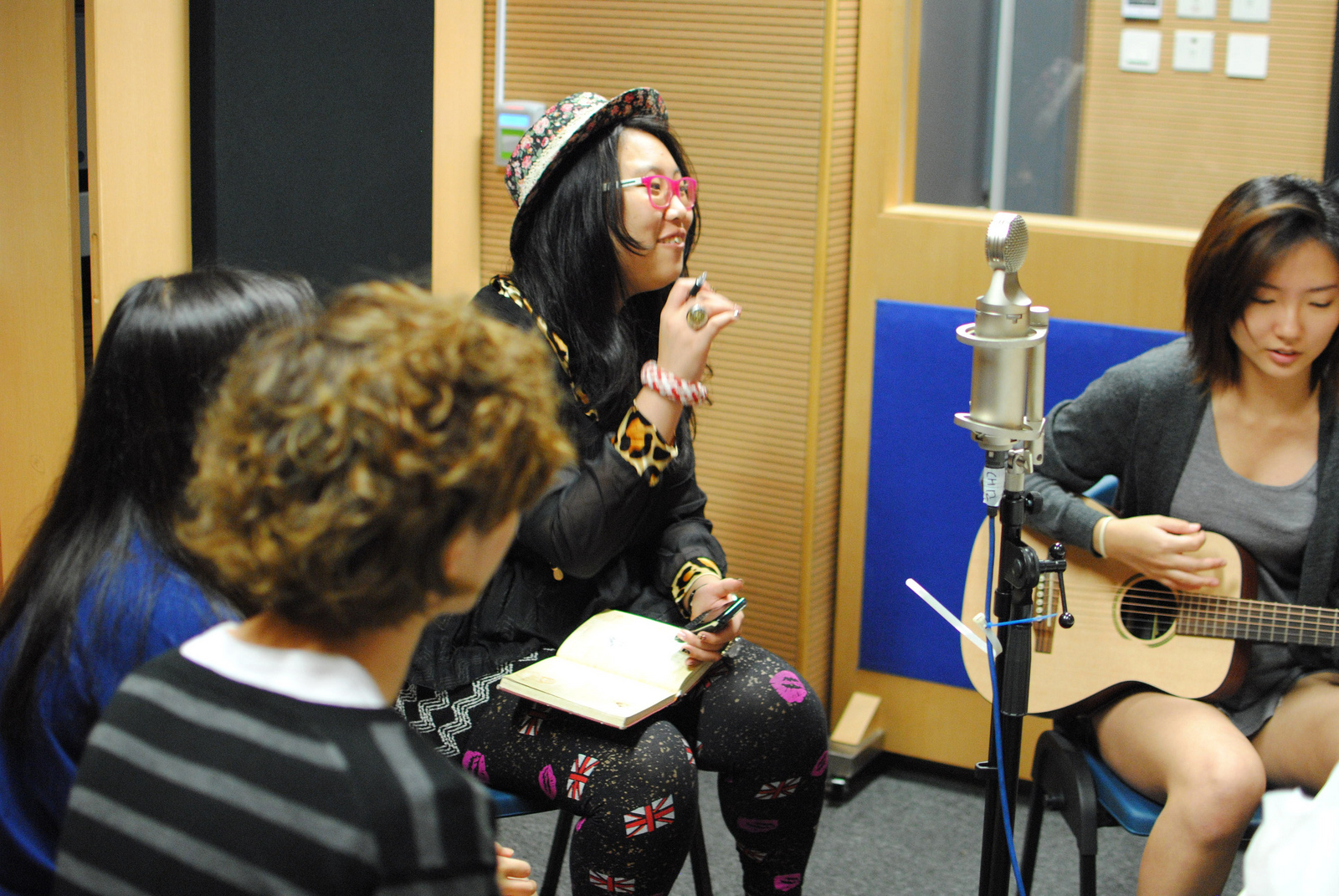 The students talked about how the musical, which deals with young people trying to follow their dreams against the wishes of their parents, told a story to which they could personally relate. They too have had to fight to follow their dreams, and talked a little about the challenges of pursuing a life in the creative fields they love, especially when expectations from family and other pressures are pushing you in a more traditional direction. 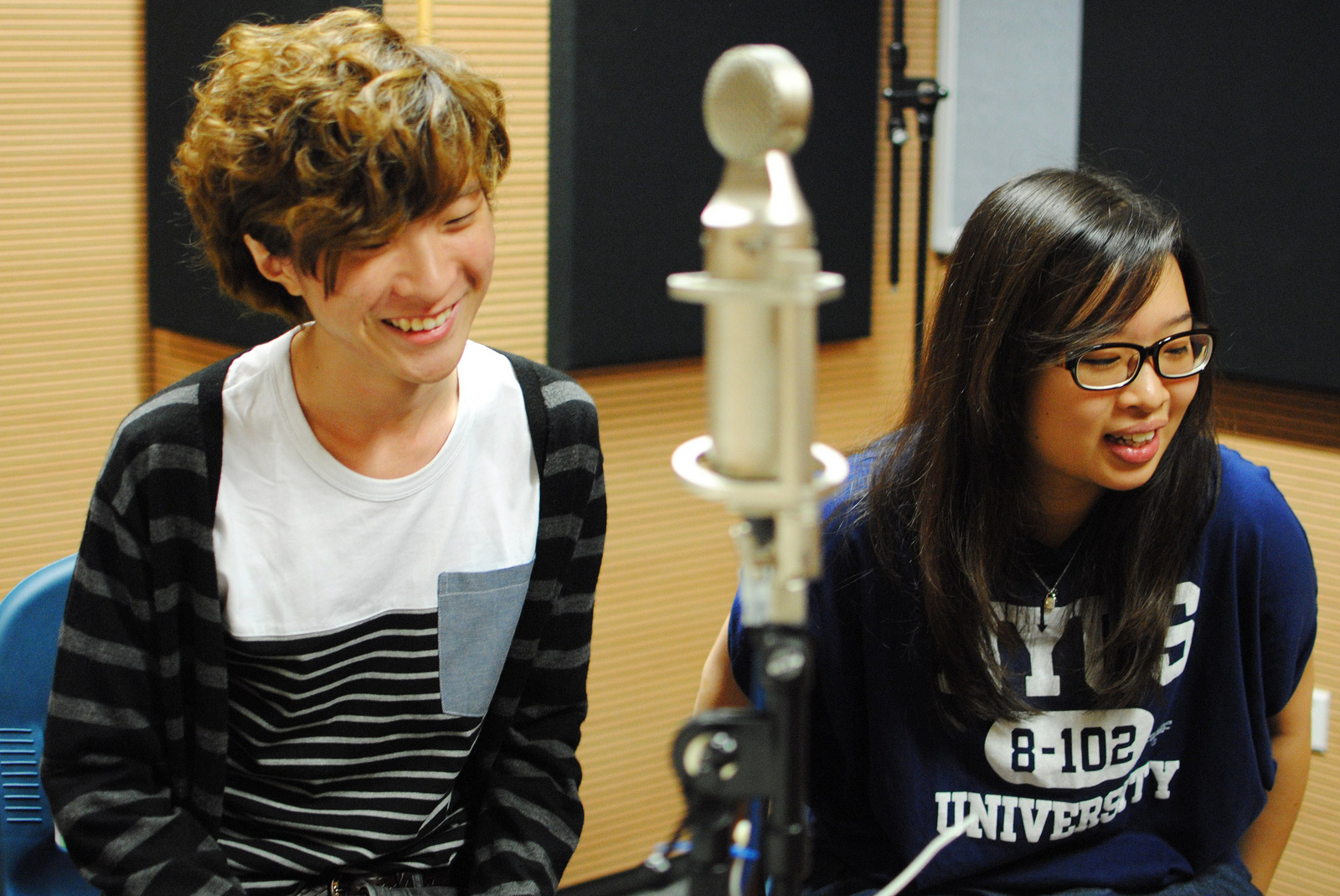 The students also expressed their thanks to the LC teachers for all their support and hard work, and even gave some advice to students who may want to take part in a production like “When We Were, Now We Are,” but who may lack the confidence in English to audition and perform. 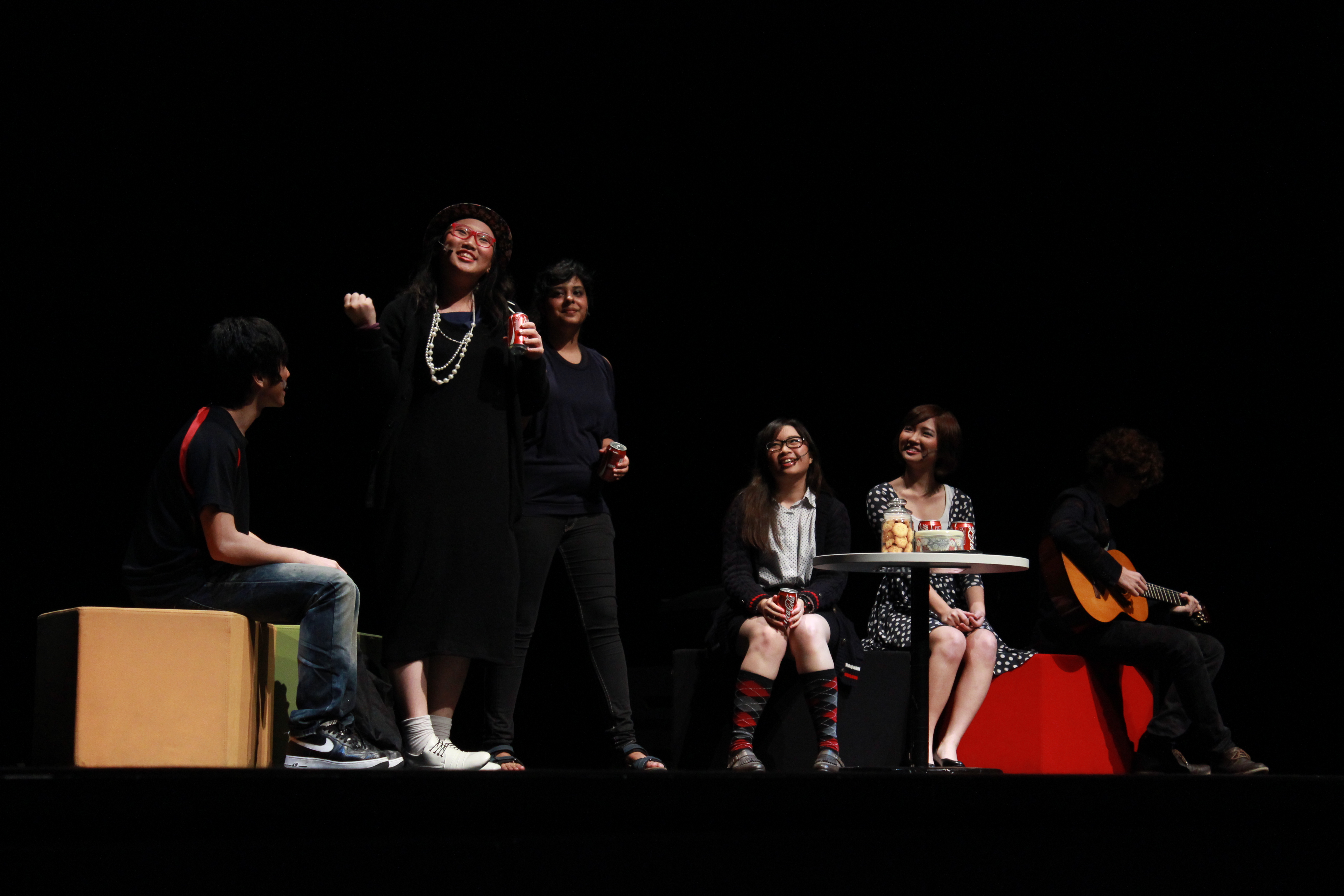 The students on stage

Many thanks from Radio 708 to these students. They were real professionals and a lot of fun to talk to. They are:

Listen to their interview and performance below. The lyrics to “I Dreamed a Dream” can be found here.

Produced on the HKDI/IVE(LWL) campus, Radio 708 is a collaboration among students from many different areas of study. It has also been a joint effort supported by several departments. The Language Centre, Department of Information Technology and the Technical Support Unit have all come together to help make this project a success. It is a platform for our students to share their passion and expertise in a fun way.  It is student oriented. Our students are responsible for all production duties, including content development, recording and sound editing.

The name “Radio 708” speaks to the unique role the Centre for Independent Language Learning (C.I.L.L.), located in room B708, plays here at HKDI/IVE(LWL). Radio 708 was envisioned as an extension of this space, where any interested student can feel comfortable sharing with and learning from their classmates, while gaining valuable trade-specific experience, improving their confidence and language skills, and having fun. Please contact William Lai at williamlyy@vtc.edu.hk or Carrie So at carrieso@vtc.edu.hk if you have any questions or would like to get involved.

The talented and endearing Caterpillar, CDM’s very own all-girl acoustic supergroup, dropped by the studio to chat with Jeannette and to treat us to their version of the Russian Red song “The Sun, The Trees”. 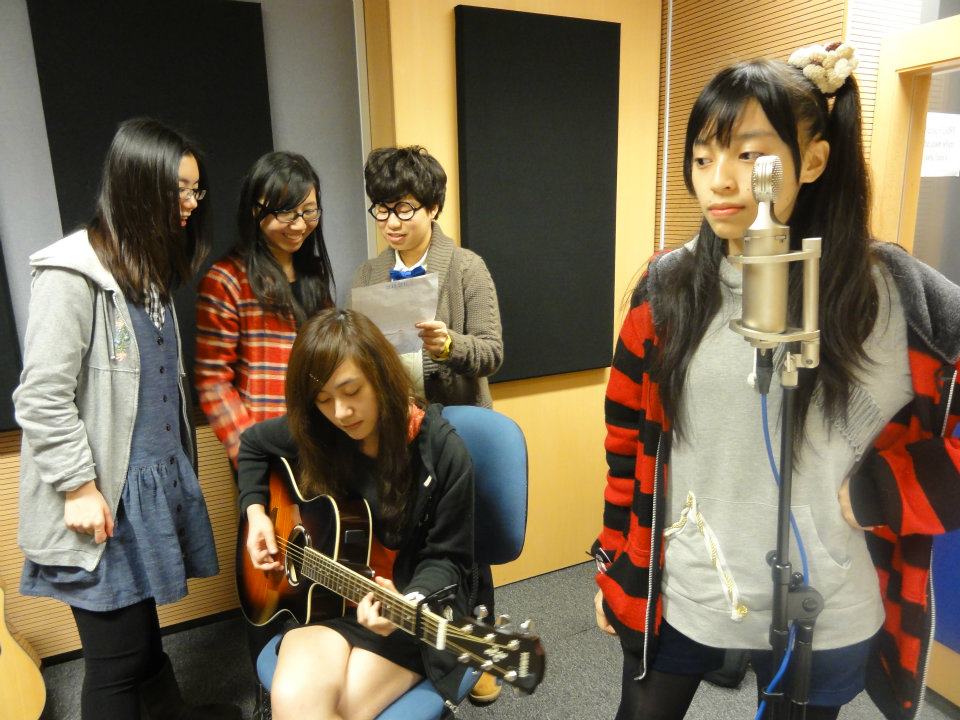 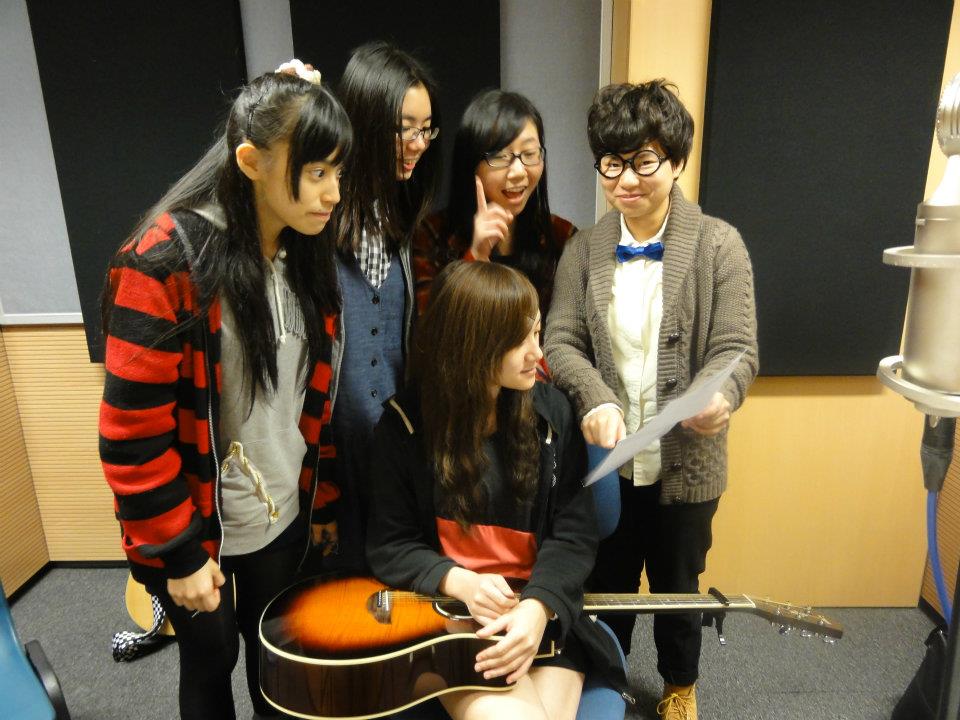 Caterpillar in the studio

As you can hear in the clip below, Caterpillar’s is a delicate and lighthearted style played on acoustic instruments.  They have described their style as “colourful, vivid and cheerful”.

Indeed, the girls’ sunny dispositions made the session a joy to work on, and you can hear that positivity coming through in their performance.

Don’t forget to check out and “like” Caterpillar’s facebook page. Keep up to date with their latest news and show some support to a great local band!

If you’d like to sing along, you can find the lyrics to “The Sun, The Trees” here.