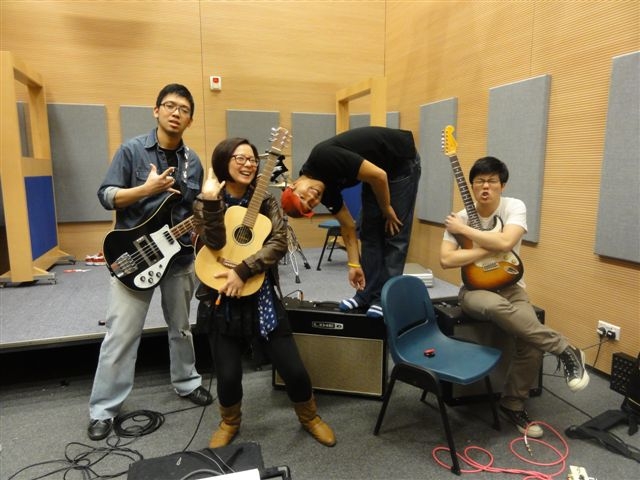 Stella Lau of the Language Centre, her drum teacher and studio owner Jon Lee,  and some very musical students  got together on the anniversary of Kurt Cobain’s death to pay tribute in song. In the clip below you can hear the results, as Stella sings a Nirvana classic. There then follows a fascinating interview with Jon, who gives an insider’s view on how the music industry is changing both in Hong Kong and in Mainland China. Finally, this clip ends with a fiery, technically flawless drum solo. 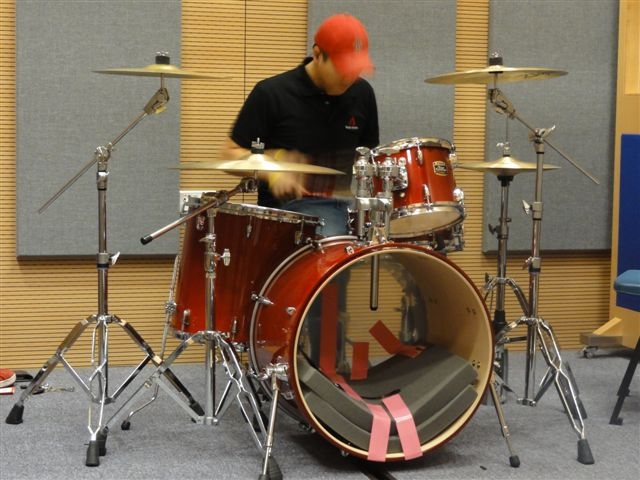 The Nirvana  song in this clip is “About a Girl”, from Nirvana’s first album, Bleach. You can read along to the lyrics here.

The students involved are Brian Ho and Wallace Chan, both from class 61976S in the CDM Department. Thanks for your help guys!