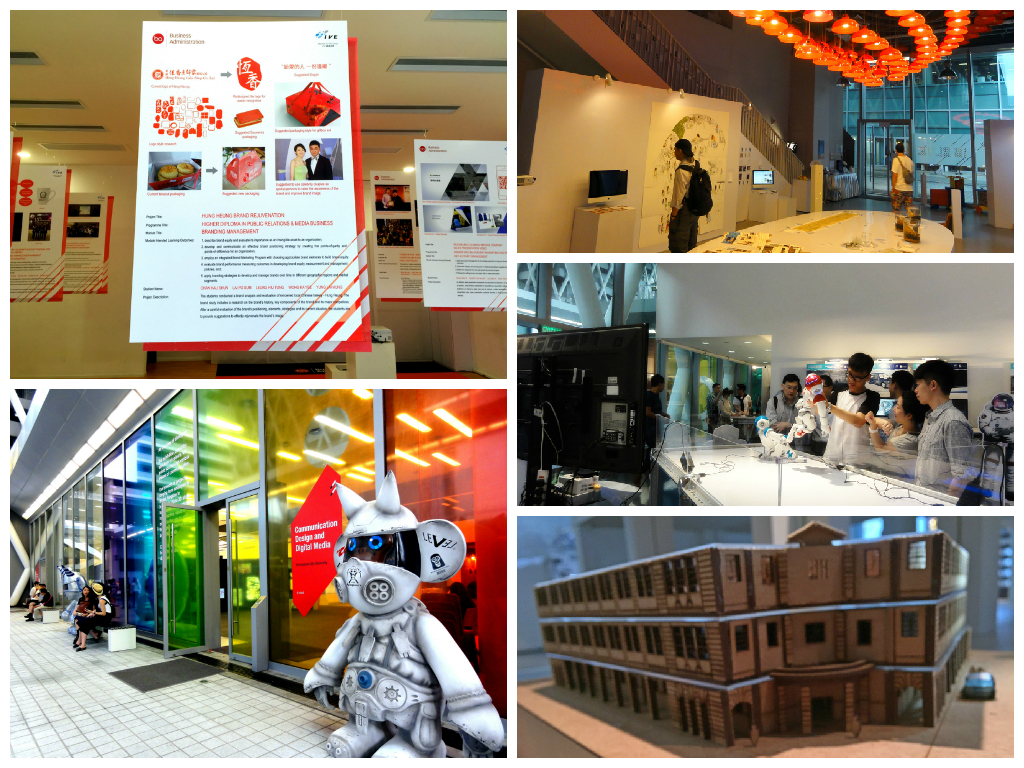 So here comes the Graduation Show of HKDI and IVE (LWL) which is inarguably the most vibrant and celebrated event of the year. Our campus is renowned for its diversity of professional arenas with HD programmes from jewellery engineering to film and television. Perfectly complementing with this year’s theme, our team is going to show the “Emerging Talents” of our students with close-up interviews.

IELTS high-achiever, Leung Kin Lok Tim, does not only shine in English language, but is also gifted in creating video games. His “Verge of Hell” reminds us of the 80s in remaking vintage video games for children’s exploration of this seemingly unfamiliar world. 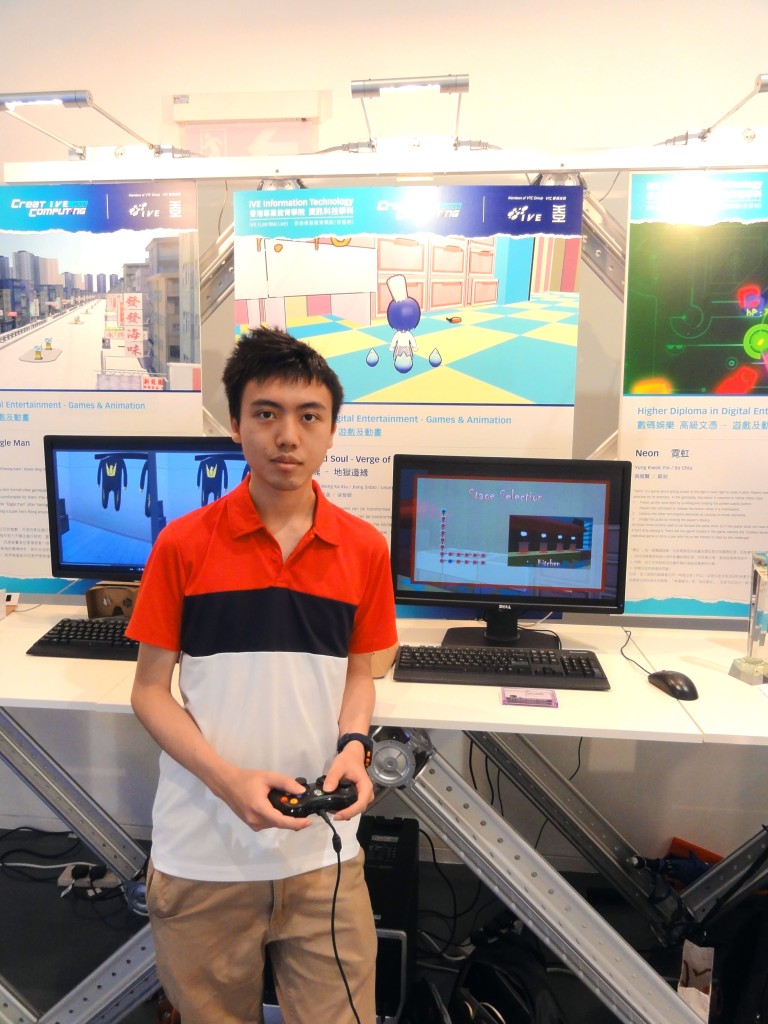 Lee Sze Yu Cathy, who labelled herself as a shy and timid girl, tries to accomplish a personal breakthrough by approaching boys on the street for their telephone numbers. Later, their communication through instant messengers was duly recorded and displayed in her exhibit “Am I accostable?”. 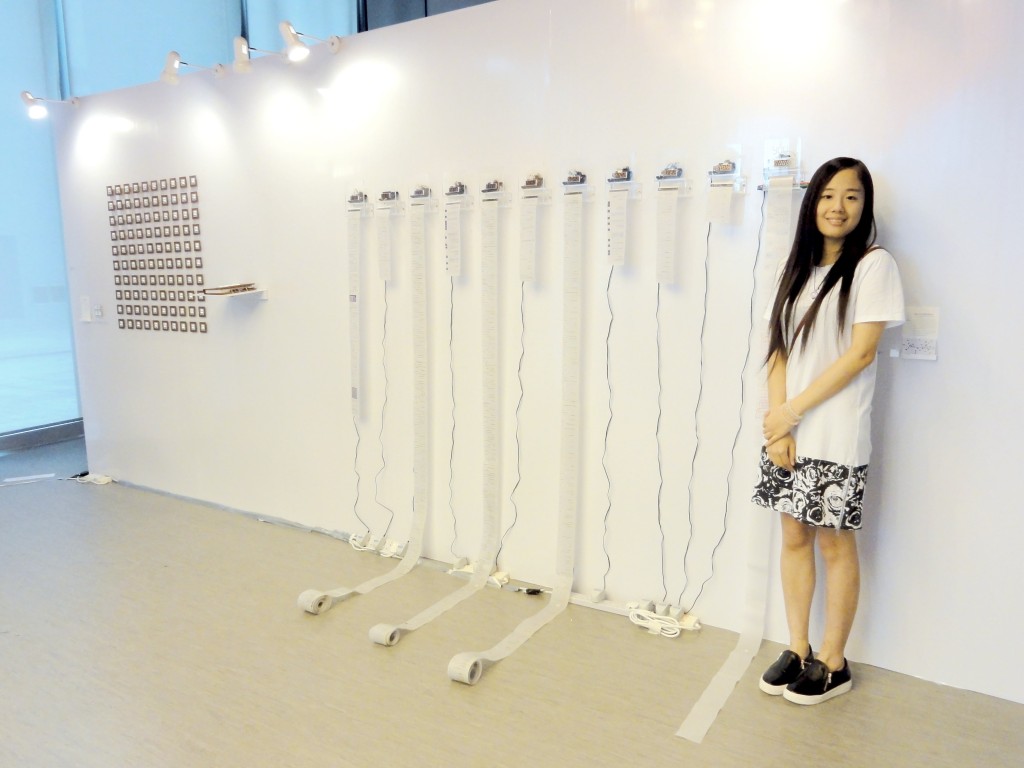 Lee Sze Yu Cathy (HD in Visual Arts and Culture)
Name of work: Am I accostable?

Not many people spotted that Ngai Yin Fan Kim and Ngai Yin Fong Yanie are actually sisters as they claim that they don’t look alike, yet they surely share the resemblance in having immense interests and talents in Jewellery Design. Added to the point is that they coincidentally chose the ocean as their themes with their inspiration from sea creatures. 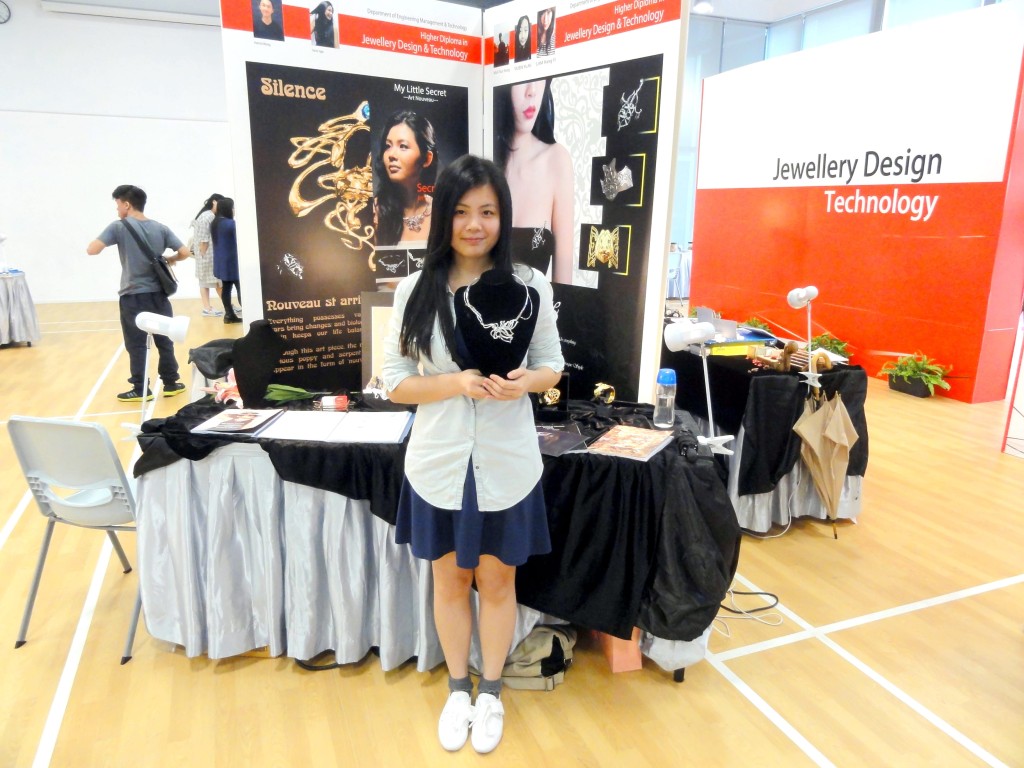 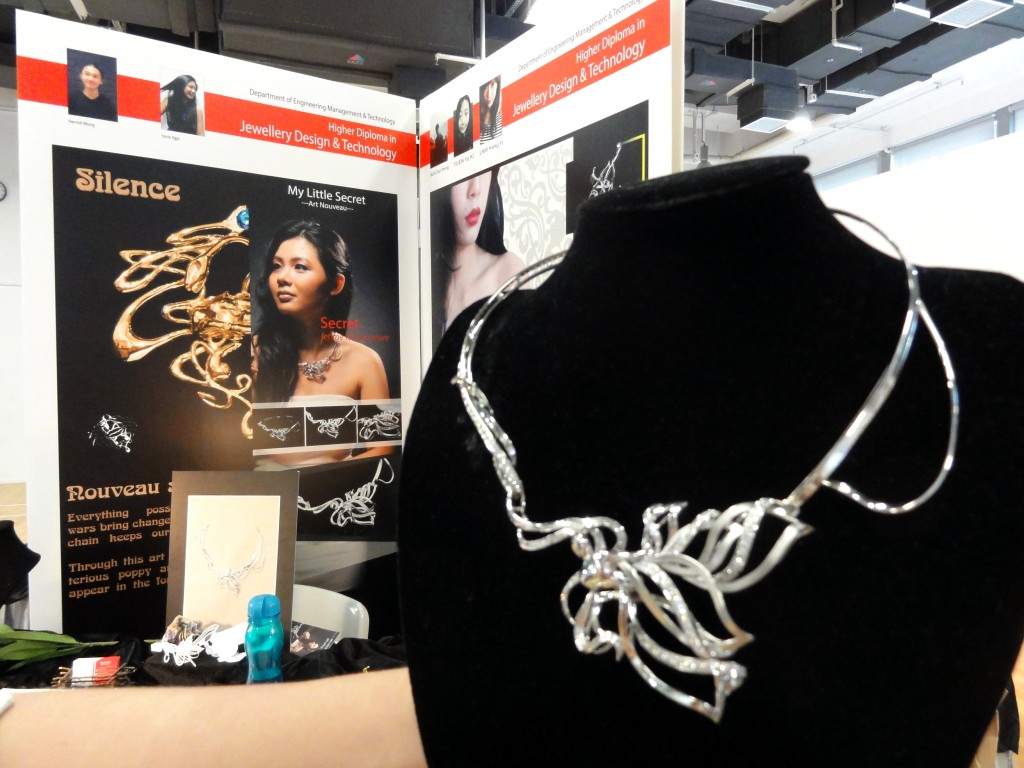 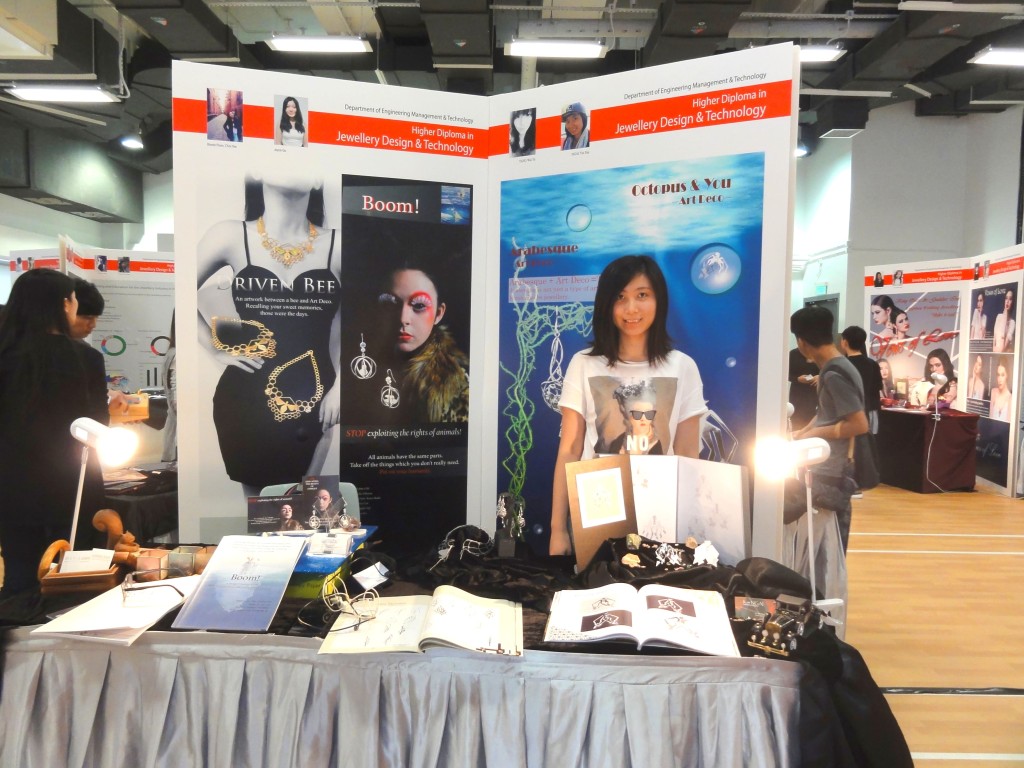 Ngai Yin Fan Kim (HD in Jewellery Design and Technology)
Name of work: Octopus and You

Fashion Design student, Wong Wai Yin Valerie, kindly agreed to be our guest interviewer in digging out the secret messages behind Leung Chi Yan Katt and Fu Po Yee Bowie’s works. Elusive it seems to be, Katt’s “In Between” employs the optical relationship of mirrors in showing people’s completed faces even though they might dislike each other. Bowie’s “Find Your Way” explores busy city inhabitants’ necessities and desires with the use of directional transportation to indicate that in the event of adverse situation, people must change themselves. 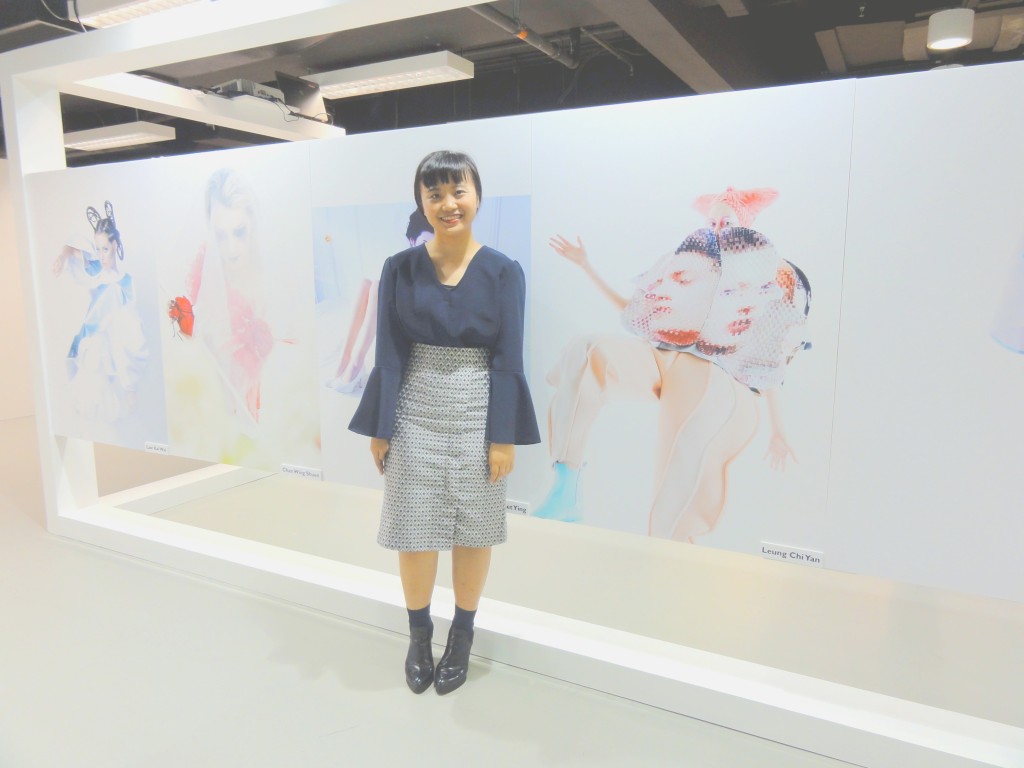 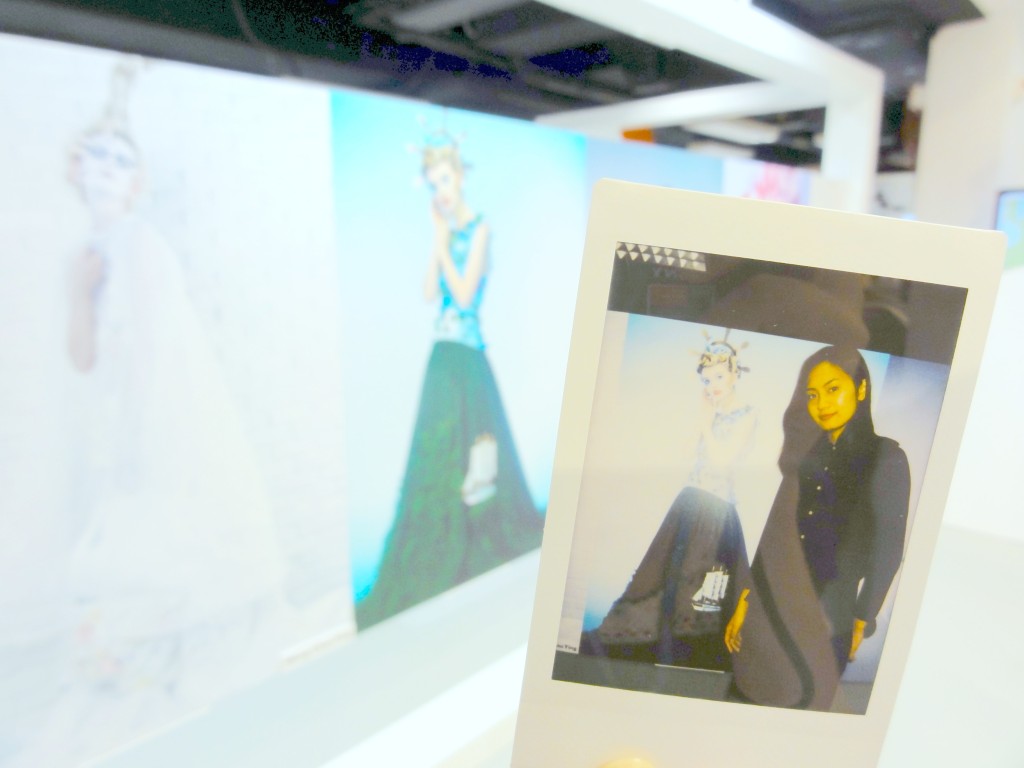 The Film and Television Trio, which comprises Tsang Sin Sze Cecil, Ho Tsun Fung Willis,  and Law Tsz Hin Alex, was more than grateful to share with us their insights in Film-making. The theme of the Film Show, “All-In!”, signifies their devoted dedication in making their exhibition as successful as possible. “The Walled City” serves as a signature dish of the show which takes the remnants of old Hong Kong in creating a new world. 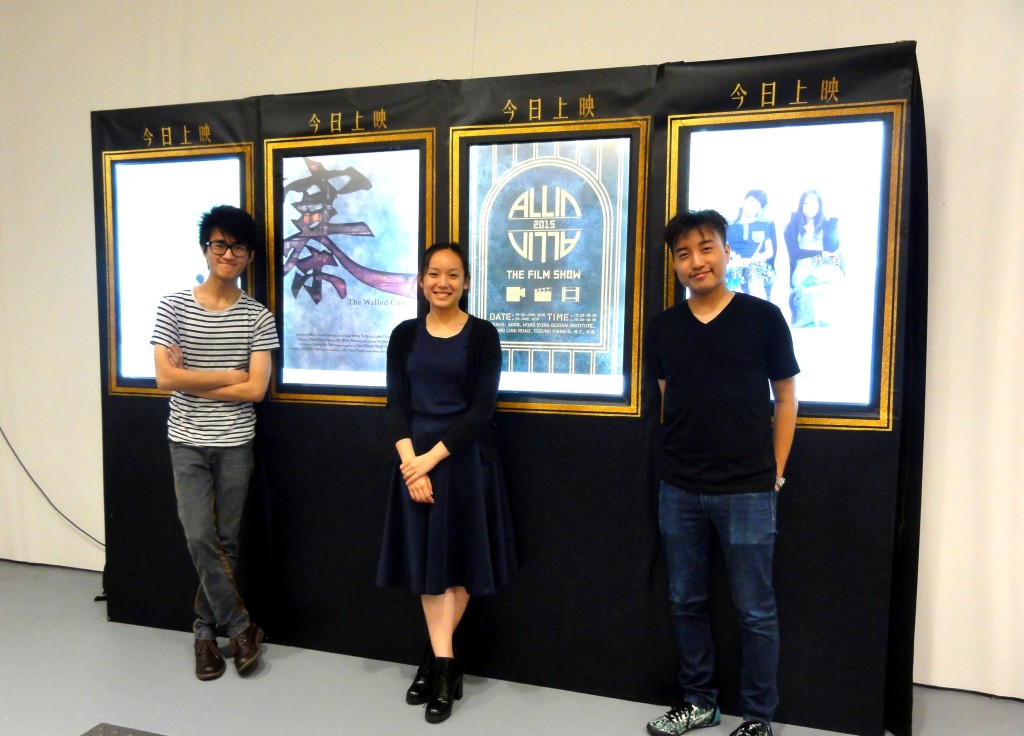 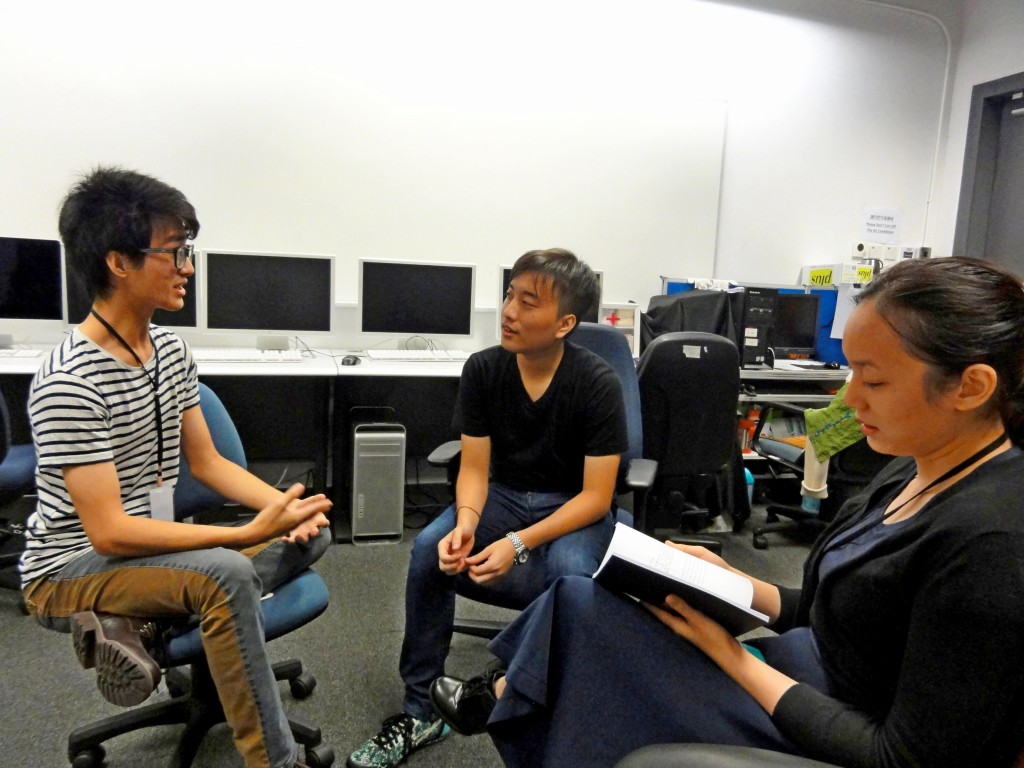